Here are some painted Hät Armourfast Cromwells that will be brilliant to fight with the Revell British Infantry in the Western Front. 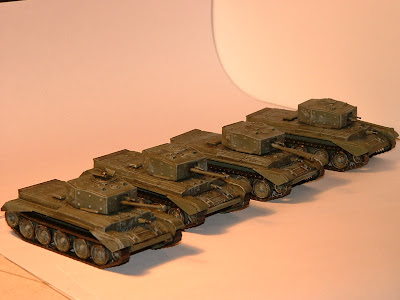 Now that they have been painted, all they need is markings and weathering. Then a varnish and they will be ready to the battle in the bocage. 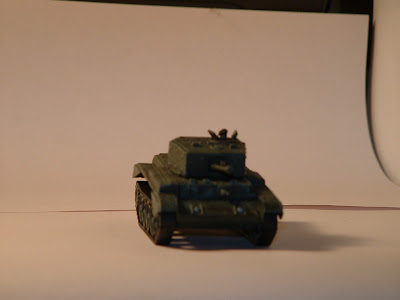 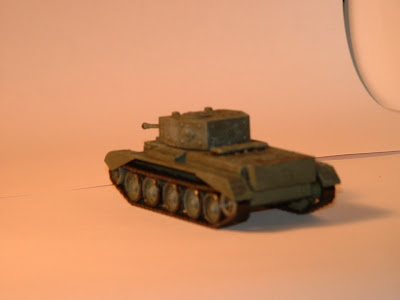 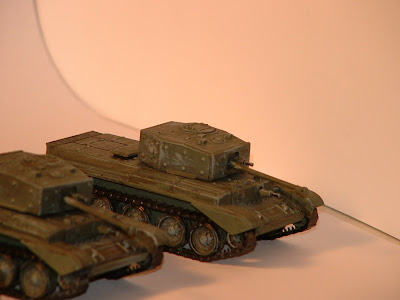 Posted by The WW2 Plastic Soldier at 8:23 PM

Here are my painted Revell British Infantry. I intend to use them as my main wargaming British force as they better fit the profile of late-war North-West Europe combat that are not fulfilled by the Esci British Infantry. 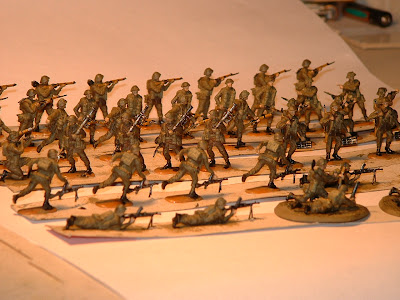 These include the need of Stens instead of Thompsons to be the sub-machine gun of choice. Also the bizarre Esci PIAT that has a strange design. 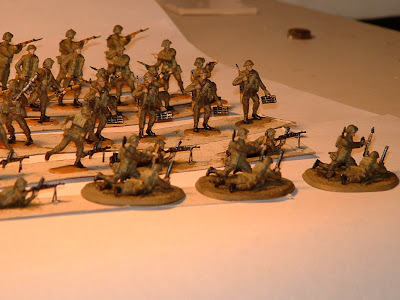 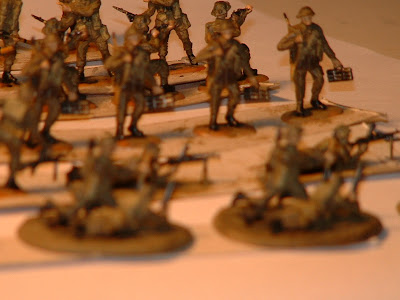 Finally, the mortars in this set can fulfill the need for tactical artillery. 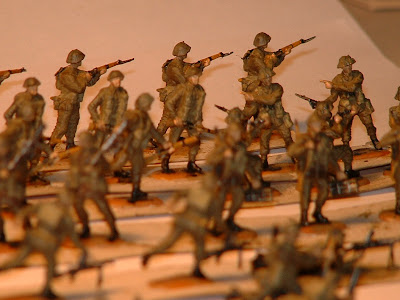 Posted by The WW2 Plastic Soldier at 8:13 PM

This is a painted set of Esci/Italeri Vietcong. I decided to choose the tan colours instead of the green colours as it would much more easier to make a distinction. 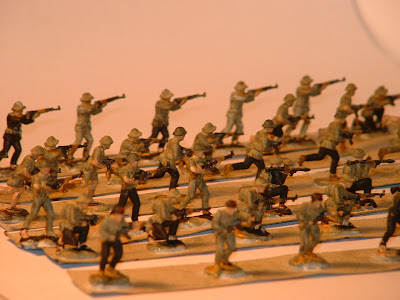 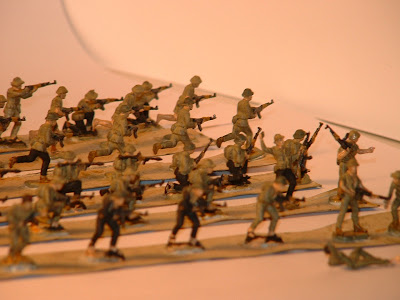 Posted by The WW2 Plastic Soldier at 8:07 PM

I have painted the Esci/Italeri American Special Forces for Vietnam. 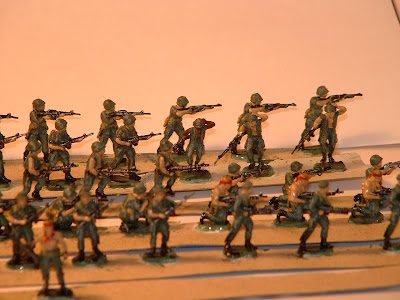 Of course the main attention seekers are the Rambo themed figures. The set seems much more cliche with this set. 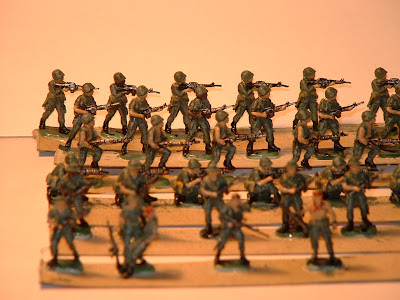 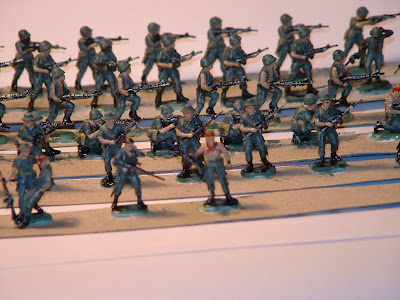 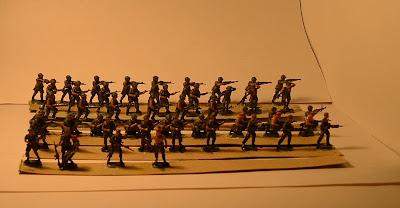 Posted by The WW2 Plastic Soldier at 8:02 PM 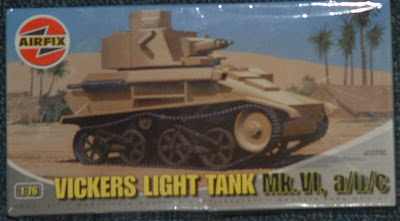 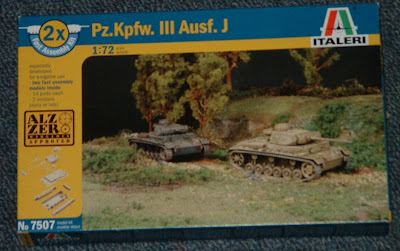 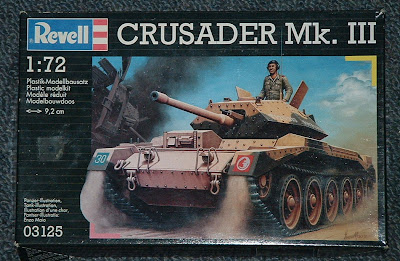 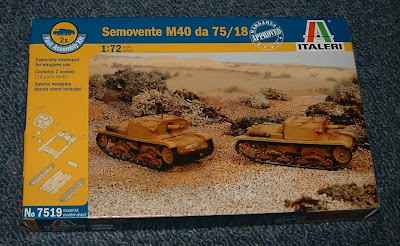 One of the most important weapons in the world is the aeroplane. They can destroy armies with impunity from the skies if they are not challenged. That means for my wargames set in World War 2, I needed planes. So I built up for of these bases. 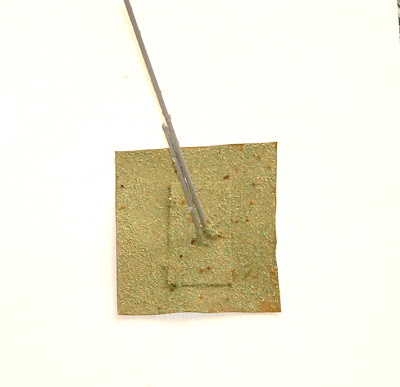 The design is very simple. Just a cardboard base hot glued to a long piece of plastic from kitsets and blu-tack to stick the plane to the plastic. The only problem is balance so certains planes hold up better than others. 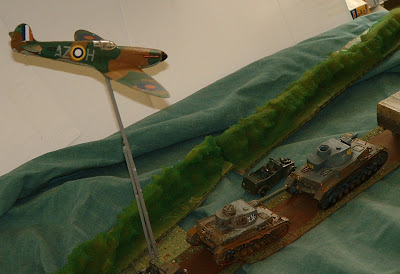 This is the near common scene of a British plane strafing a German armoured column. 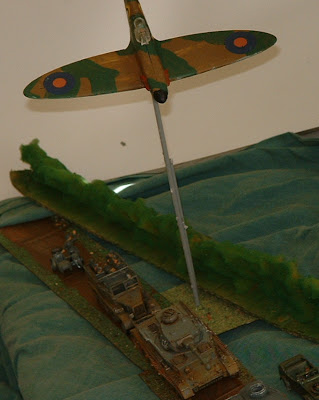 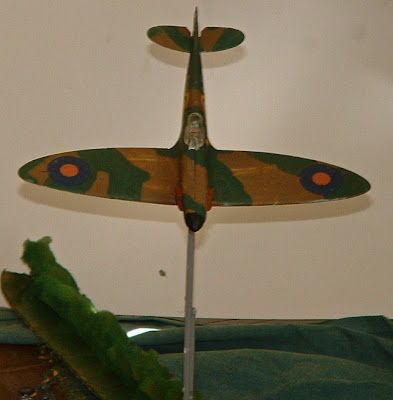 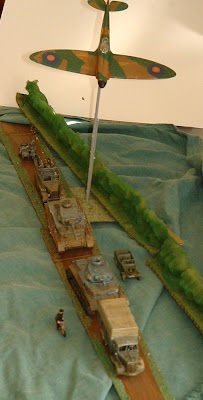 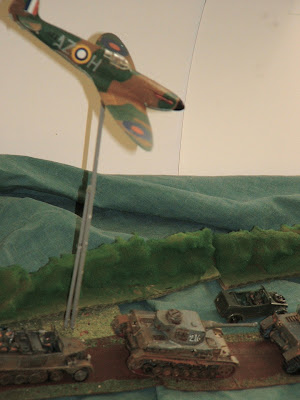 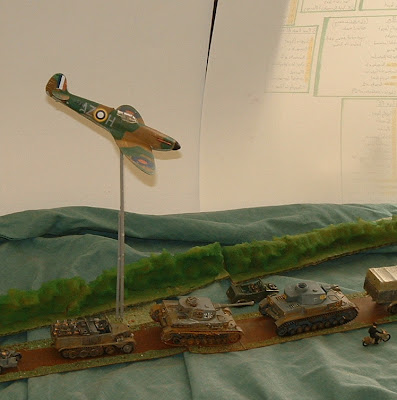 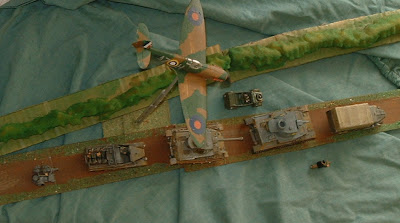 Posted by The WW2 Plastic Soldier at 4:17 PM

This is a crazy massive army that is amazing. 25,000 British infantry in the Napoleonic Era. It is amazing and would be impossible to wargame with (of course). Imagine someone doing an entire battle 1:1.
Posted by The WW2 Plastic Soldier at 6:12 PM